How solve x64bit not showing in Virturalbox and VM Ware Problem

A lot of people do get across this problem of their system not showing x64bit among the list of OS in their VIRTUALIZATION SOFTWARES or Not Functioning, and blame their OS, Processor, the system manufacturers, the software and so on.
well this problem is mainly because of these three factors

Virtualization Technology (VT), also known as Vanderpool, this technology enables a CPU to behave as if you have several independent computers, in order to allow many OS (operating systems) to run at the same time on same computer.
x86 = 32bit = i386
x64 =  64bit
What causes you to see 32bit list of operating system without the 64bit, while you have 64bit OS running.


let's take these problems one after the other


VIRTUALIZATION TECHNOLOGY OFF
(How to turn on Virtualization Technology)

○ Turn off your computer completely
○ power it on
○ look for the appropriate button to press for BIOS menu, as show in most boot screen "X" = boot menu
○ "X" represent the key indicate in your own boot screen, like in mine is F2
○ After getting to boot menu check under security or Advance settings or any other tab there for "Virtualization Technology" if using intel also for "Intel Virtualization Technology"
○ use the appropriate button of enabling and enable it
○ press F10 to save changes and Exit


VIRTUALIZATION SOFTWARE IS 32bit
(How to get 64bit VM)

This problem is not common in Windows version of Virtualbox, because they kind of have virtual box that work for both 32 and 64 bit,
but for those of you using other operating systems, especially Linux you will need to download the 64bit version
of the Virtualbox before it could run 64bit OS virtually, so click to download the x64bit as indicated in the picture below 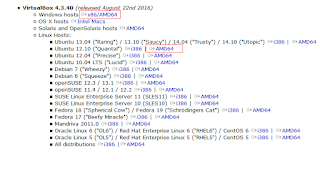 [ HYPER V ] VIRTUALIZATION SOFTWARE IS ON 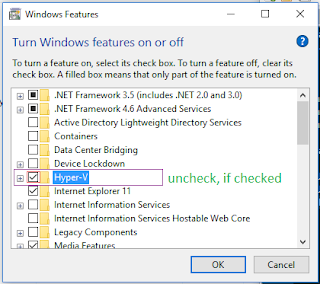